Timothy Merritt brings with him more than 10 years’ experience working with national political figures at the highest levels including Congress, the Cabinet, and two presidential campaigns. He has a background in political operations, logistics, communications, and finance for some of the most prominent figures in American government and politics. After a five-year tenure in the U.S. Congress with Representative Gene Green and Former Speaker and Democratic Leader Nancy Pelosi, Timothy joined President Barack Obama’s 2012 reelection campaign Chicago headquarters and then moved to the 2013 Presidential Inaugural Committee. He was then appointed to Ambassador Susan Rice’s senior staff at the U.S. Mission to the United Nations in New York City, where he worked in the same capacity for Ambassador Samantha Power following Ambassador Rice’s return to the White House. After a transition to Los Angeles, he joined the finance team of Secretary Hillary Clinton’s presidential campaign. He is currently State Program Director at Golden State Opportunity, a non-profit organization working throughout California that is dedicated to lifting working families out of poverty. 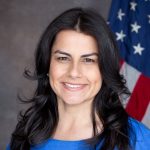 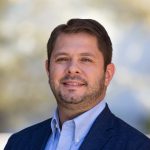