Joe Sanberg is a progressive business leader and anti-poverty advocate.

As a steward of the movement to pass the Earned Income Tax Credit for low-income families in California, Joe founded CalEITC4Me, one of the state’s largest anti-poverty programs, which has put more than $10 billion back in the pockets of working families. He successfully led the charge to expand eligibility for the program to low-wage, undocumented workers, who had previously been excluded from the tax credit. Then-California Gov. Jerry Brown’s top adviser Nancy McFadden called Joe the “spark” behind the state’s efforts to execute the new program.

He was raised by his mom in Southern California. 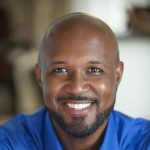