Jill grew up on a blueberry farm in rural Michigan.  She’s a social/political entrepreneur who graduated from the University of Colorado Boulder in 1985.

Upon graduation she moved to Washington, DC to work for Senator Hart. She then moved to the DNC and worked under Chairmen Paul Kirk and Ronald H. Brown and worked in DC and throughout the nation for both Governors Dukakis and Clinton.

During her tenure in DC, Jill also worked for Senators Tom Harkin (1991-92) and Barbara Boxer (1992).  Jill founded The Interfaith Alliance (TIA) in 1993. TIA a faith based national community of progressive clergy, laypeople and other folks who believe in the separation of church and state but also celebrates religious/spiritual diversity and inclusion in our American political and civic life.

Jill had her first child, Max, in DC in 1997 and continued her career as  a mom and the Vice President of Center for National Policy from 1998 to 2000.

She and her family moved back to Colorado in 2000.  She helped launch the House Majority Project in 2002 in Colorado and in 2007 launched Project New West/Project New America with some of the nation’s top Democratic leaders and strategists to unpack the rapidly changing political and demographic landscape of the Intermountain West.

Jill now works with WorkingHero.org and a number of other game changing individuals and groups. 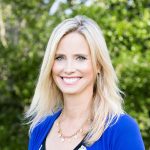