A Mission to End Poverty

At Working Hero, we believe everyone who works – and everyone who wants to but can’t –should be able to afford life’s basic needs. The reality, though, is most Americans are working — and in many cases multiple jobs — but can’t afford adequate housing, health care, food, education and transportation. Poverty in America is a crisis that touches everyone who struggles every day to pay their bills.

1 of 2 Americans couldn’t afford a $400 surprise expense. 1 of 2 Americans are a broken wrist, a few blown tires or a busted pipe in their home away from financial crisis. Most Americans are working very hard, harder than ever, and yet live every day with the constant worry about how they’ll pay their bills.

It’s time for like-minded folks to come together and settle for nothing less than an end to poverty. It will require bold political action, which starts with us supporting leaders who share our mission to end poverty.

In 2015, I convinced California lawmakers that the Golden State needed the California Earned Income Tax Credit, one of the most proven tools to bring financial security to those who deserve it. When they agreed but failed to put any outreach money into the program, I created a non-profit organization called CalEITC4Me.org to ensure every eligible Californian would get the credit they’ve earned. In the past three years, our innovative ‘surround-sound’ campaign has helped over 2 million CA families get over $4 billion in federal and state earned income tax credit.

While the EITC program continues, we are also building the political arm of the critical work to end poverty. We created Working Hero PAC to support elected officials and candidates who are committed to creating a future where everyone who works – and everyone who wants to but can’t – can afford life’s basic needs.

In 2018, Working Hero endorsed 17 candidates around the country, holding community events to with them to elevate the issue of poverty in Iowa, New Hampshire, Ohio, Arkansas, California and Missouri.

It’s about time that working people had a lobbyist, someone working for them, and that’s what Working Hero PAC is all about. 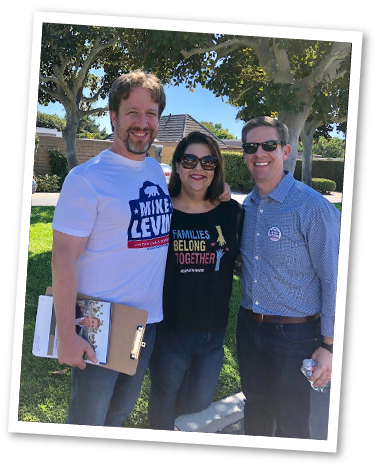 DONATE & BECOME A MEMBER
GET OUR UPDATES

Poverty is still a reality for too many people in our country. It’s time for like-minded folks to come together and settle for nothing less than an end to poverty. At Working Hero PAC our mission will require bold political action, which starts with us supporting leaders who share our mission to end poverty.

Join the movement for financial security for ALL.